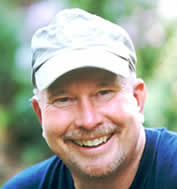 Jim Long has written two dozen books on herbs, gardening, and related subjects. His columns and articles have appeared in numerous national magazines and publications throughout the Missouri/Arkansas Ozarks. Jim and his gardens have been featured on HGTV and the Discovery Channel, plus magazines including Southern Living, Gourmet, and The Herb Companion. Many gardeners will recognize Jim from his appearances at garden shows, festivals, and state Master Gardener conferences. Over 30 years ago, Jim cured himself of a troublesome skin and nail fungus which even a dermatologist friend had been unable to cure with prescription drugs. Afterwards, as a favor to other friends, Jim packaged up more of his Herbal Nail Fungus Soak for them to try. Then he began to sell the product in his shop, and wherever he traveled. Today Herbal Nail Fungus Soak has become nearly 90% of what we sell here at Long Creek Herbs. This is why Jim will answer to, “Hey, Herb Guy!” “Hey, Mr. Gardener Guy!” (and even) “Aren’t you the Nail Fungus Guy?”

Josh Young  is an award winning humor columnist, who has written three books about Missouri. His latest: Missouri Myths and Legends, was published by Globe Pequot Press in 2020. Josh is the one who keeps everybody smiling, solving our computer problems, often taking orders over the phone, and managing the office workloads. When not inside, Josh can be found tending to the chickens and goats, cutting firewood when it is cold, and working on his somewhat kooky experimental garden projects. Don’t get Josh started talking about card games, because he is also an avid bridge player! 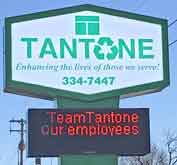 The folks at Tantone Industries, a local sheltered workshop in Branson, Missouri, have been helping us manufacture many of our products for over 20 years. More recently, a talented pair of workers at Tantone have taken over doing most of the computerized data entry for our business, plus mailing out most of our orders. When Josh was a social worker he served on the board for a regional council for developmental disabilities, and became an enthusiastic proponent of the talent, training, and resources which sheltered workshops provide all across America. Tantone prefers we not share photos or biographical information about their workers, but we could not be more proud to count these fine folks as part of our team. If you have always driven by the sheltered workshop in your community without stopping, we encourage you call or stop by to arrange a visit and see the many talents available to local businesses there.